It's part of a larger series, but fairly self contained for all that.

A well written and atmospheric piece.

However, while there are hints of retribution or justice, the crime is nowhere obvious. This detracts from the story. I guess things would be more obvious if you followed the series.

Find it here on smashwords.

Science fiction | Flipspace: the Flight of the Mockingbird | John Steiner

This is a space opera that's good for an hour's light reading. A distant research station stops reporting and a crew is sent for rescue and repairs. The story is suitable for filming with action scenes. The faster-than-light concept is cute.

The negatives are shallow characters introduced in detail in early chapters who do absolutely nothing thereafter, too much cuteness in fancy backronyms, and spelling mistakes, particularly of homonyms. The story is ok, but the characters don't engage with your emotions, nor is the tech sufficiently gee-whiz to compensate. The best part of the tech, the bio stuff, whizzes past in less than one page. Shame that.

However, the story picks up as it goes on, and becomes more interesting. The end comes up rather suddenly and the series moves to the next episode.


This was a good concept, with reasonable treatment, but it doesn't make me want to go back and read it again.

Find it here on smashwords.

Original opinion of JD at 21:11 No comments: Links to this post

It finally occurred to me to do a lot of reviews of short stories together (nobody can accuse me of being too sharp 😝).

What happens when an astronaut has a breakdown on a planet with curious locals?

By page 2, you can guess what's happening, but it's a fun story, and surprise isn't everything in life. You'll be grinning by the end.

What a nice cover, too. Get it free on smashwords.

WW3 is no excuse for sending this inadequate astronaut out. Extremely implausible, which is not what one wants in sci fi. It's a very unsophisticated story.

If you still want to read it....here.

The Higgs Boson is dragged into the story unnecessarily. For that, and other reasons, I wasn't much impressed.

The concept has been done before, more elaborately.

It's an 'okay' story, not bad but not too good either. Good enough for a few minutes.

You can check it out here, if you want to.

A creepy little story (and I mean that as praise). Hair raising in the blandness of the Letters that go into the File. You sit there at the end, wondering exactly what the crime was supposed to be, while you see the greater crime that results from ... Compliance.

It's clearly part of a series, and makes you want to read more, but perhaps you daren't.

Find it here to see how "Folders in a storage room tell the story of a civilization's fall."

Science Fiction | Dra'Tribek Five: Or, How to Destroy a Planet From Within. | Mac McDonald

This is a lecture disguised as a story. The grammar and spellings are poor. The characters are simpletons and their mannerisms are no better.

This is the last sentence, for a sample: "Although the preceding is a fiction written my Mac McDonald, it does offer food for thought."

Definitely not recommended, but if you want to check it out, here.

An interesting enough story. It's based in the 22nd century, but reads like a 20th century story. Apart from being located implausibly in the future (paper reports, typing on a computer, really?), it's not science fiction.

Read it like it's a crime story, and you'll be fine.

Check it out here.

Wow! What a breathless pace.

A space station hit by a ... zombie epidemic? Something has shut off contact, and the General wants the research recovered. Gebbley and the rest of the crew walk unsuspecting into hell.

A short novel that reads like a Hollywood movie.

Recommended for fans of space opera, zombies, or psychological thrillers. This is the best of the ones reviewed here.

Original opinion of JD at 21:04 No comments: Links to this post

A story that has aged gracefully in 38 years, and still reads as fresh.

What happens when an alien finds a 'star creature'. Poignant.

I'm not adding the cover page, because, frankly, it has nothing to do with the story whatsoever.

Find it free on smashwords.
Original opinion of JD at 20:30 No comments: Links to this post

This is a story of morality and choice, the choice between compassion and pragmatism.

Ursula LeGuin did it better in Those Who Walk Away From Omelas, but then she didn't do it in one page.


The dry and authentic voice of the narrator underscores the choices made. Well done!

Find it free on smashwords.
Original opinion of JD at 20:15 No comments: Links to this post 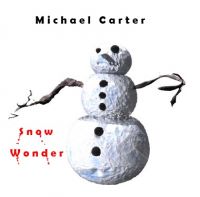 I love puns, which is why this short story attracted me in the first place. It had good reviews, too, including '50's style', 'retro experience' and 'entertaining blend of sci-fi and light horror', all of which I found to be accurate.

It starts just-about-promisingly, what with the retro feel and the 'alien goop' tropes, but ends with a flourish worthy of sci fi masters. The characters come alive despite their near-stereotypes, even within this short piece.

Find it for free on smashwords.
Original opinion of JD at 21:08 No comments: Links to this post

The other side of reincarnation

Once in a while, you stumble upon a story that has a concept that is mind-bendingly grand, that makes you rethink everything.

And when this is packed with good writing and a simple but solid storyline into a tiny bundle of wow, there is only one thing that can make it even better.

It's free on smashwords.

Here's the intro: What happens after you die? Instead of nothing, or heaven, you discover a world where every possible you who ever lived exists in a world made entirely of you.

Original opinion of JD at 20:36 No comments: Links to this post

What a little gem of a story! 😁

A purse snatcher picks on the same little old lady once too often.


Wish fulfilment at its most satisfying, and the story manages to get a couple of sneaky digs into TV reporters and insensitive policemen, too.

Want to read?
To Find a Thief (free)
Original opinion of JD at 23:05 No comments: Links to this post

Machine intelligence brings down humanity, but how?

The Wipeboard is a technically well-written piece of flash fiction, rather cleverly done. A quick two-minute read. However, it didn't add anything to the Terminator world, and it was unsatisfyingly implausible, as I shall go deeper into in this review that is, ironically, longer than the reviewed story.

It's going to be difficult to write this without spoilers, but you already know the Terminator world. Humans are fighting the machines, which want to wipe out humanity. In the movies, the humans win, just barely.

The movies have this incoherent understanding of machine intelligence which is rather pervasive in Hollywood and other fast-food entertainment: machines suddenly 'come alive' or 'wake up' and behave like badly brought up brats with deadly weapons and invincible armour. Their 'intelligence' is like nothing so much as a human movie villain's, one that wants destruction for the sake of destruction. There are often stupid and paranoia-creating conversations between machine (I am invincible, you cannot win) and humans (fuck you, machine, take that, and that). Why would that ever happen if the machines were as 'humanly' clever as that? Any machine control is that much faster than humans. If the 'alive' machines 'decided' to wipe out humanity, it would not be all that difficult. Nobody is going to beat an automated gun to the draw.

But really, no, that's never going to happen. Because that's not how machine intelligence works. As Isaac Asimov once pithily put it, machines are developed to do things humans find difficult or boring.

You do, however, have humans who are so clever that they want to test the limits of their own cleverness by making machines that mimic humans more closely. Yet, unless you code in evil intent, the machines will never be evil, no matter how 'intelligent' they get.

You can, most certainly, come to grief much more subtly, as The Parable of the Paper Clip Maximiser by Yonatan Zunger brings out with such bland black humour.

But if, somehow, some too-clever-for-their-own good human does indeed invent Skynet the evil humanity-killing machine, I assure you that the subsequent destruction by nuclear explosions would not leave in place anywhere near the necessary human intellectual capital, equipment or layers upon layers of highly specialised learning that could create machine intelligence in the first place. Nope, if you make Skynet and let it loose, forget humanity ever coming back.

Which is why Ray Daley's sharp little flash fiction set in the Terminator world left me shaking my head sadly, despite its writing virtuosity.

Want to read?
The Parable of the Paperclip Maximizer (free)
The Wipeboard (free)
Original opinion of JD at 22:48 No comments: Links to this post