Sometimes, you get a really good sci-fi story. Really, really good. Of the 5 star, aka 'I loved it!' variety.

Here are three for any sci-fi fan to enjoy, and you can get them all for free (amazing!) on SmashWords.

Sci fi and a cold murder being investigated on another planet, after 20 years. What more could you ask for? Well plotted, with a twist.


Get it here. Amazingly, it's free!

A poignant story of a man who gets glimpses of the future, and what results. Beautifully built up, and seems standard enough, which makes the twist at the end startling. Solid characterisation, well realised descriptions. Strongly recommended if you liked The Time Traveller’s Wife.

One of the best sci fi stories I've read in a long time. Possibly the best I downloaded in 2017, certainly top 5.

Carlos is caught in an alley by punks who are planning to kill him. Except that he's a super hero/super spy with the ability to take them all on. Or does he really?

There are a few spelling mistakes, but you don't care. This is a story with a great concept, fast pace, sharp descriptions, and very logically concluded, given the super power. Unreservedly recommended.

Original opinion of JD at 20:45 No comments:

I've often wondered what to do about stories that I classify as 'It's ok' (2 stars out of 5) or worse. Should one review them for the sake of the unsuspecting public, or should one veil them in the shadows to spare the authors a severe downrating?

Anyhow, I've decided to review them anyway. Unsuspecting public, take a bow. Please remember, YMMV. You may like different stuff than me. I picked up all these because they were rated at 4 stars or better by at least two reviewers, plus the blurb and/or the cover art looked interesting. 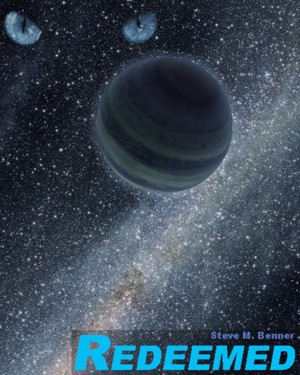 A political story. Other than featuring alien species, not sci fi. And given that those are humanoid to the extent of sharing mistresses with the hero, not all that alien either.

What's with writers who assume future rulers will all be male only and also be so incompetent in relationships as to need to buy the services of prostitutes?

I wasn't too impressed with a hero who apparently established a record of integrity over two decades, was fooled by his boss in the intro scenes and then proceeds to lie and scheme for the duration of the story. It doesn't gel.

The story proceeds smoothly enough if you accept these premises. 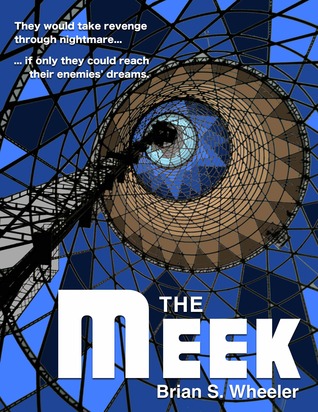 It's grim. Four misshapen people push a drill across the desert to attack the fatcats who shifted to virtual reality and left behind flying buzzkills to kill the rest of humanity which was too poor to transition. One of the four is a hacker. Only two stars because I couldn't relate to any of the characters or the ending.


It's no longer available on Smashwords.
Original opinion of JD at 20:06 No comments:

I've often wondered what to do about stories that I classify as 'It's ok' (2 stars out of 5) or worse. Should one review them for the sake of the unsuspecting public, or should one veil them in the shadows to spare the authors a severe downrating?

Anyhow, I've decided to review them anyway. Unsuspecting public, take a bow. Please remember, YMMV. You may like different stuff than me. I picked up all these because they were rated at 4 stars or better by at least two reviewers, plus the blurb and/or the cover art looked interesting.

The writing isn't too smooth, using, for example, ‘governess’ to mean female governor of the planet instead of someone who minds and tutors children, causing dissonance all along. Some scenes feel like dreams or fantasy, and it's confusing to try to distinguish them from the rest of the story.

I think I have book 1 of the series, but I'm unlikely to read it now. You can get it here. Still free.

I originally rated this as 3 stars, mainly for writing quality.

A fast paced action story, it has ninja organisations, deadly assassins, high tech, chases across the world, secrets that can break the world order.

What is doesn't have is depth. Things are too pat. Like big budget Hollywood where twists are there for shock value, not because they make sense.

If you like popcorn stories that don't tax your brain, this is the first of a series as Slade and Hotaru take on a System that has framed them.

The reason it lost a star? Too much senseless killing. And I mean senseless. It made no sense from any angle.

Science Fiction | Running: The Alien in the Mirror | Lazlo Ferran
⭐⭐

Now this story? Popcorn. Full of corny stuff. Androids who become conscious, humans trodden down by androids, a big rebellion, waving of lasers in sewers. Staple tropes from Hollywood movies.

A yucky-horror story. People start to burn up, screaming all the way. The hero realises instantly it's because they are standing in the sun. It's a series of descriptions of slices of everyday life with people dying gorily. Not for me.

Original opinion of JD at 19:58 No comments:

Romance and space opera, with spies and aliens

The main characters and their motivations are well done. The galaxy destroying aliens are plausible.

The future tech is high quality soap-opera and almost credible, the right quantity of science terms and jargon are thrown in at appropriate times, while not descending to handwavium and unobtainium (big plus).

The economics, as in all space opera, makes little sense. People zip between planets like they'd zip between cities on Earth, the major population centres on whole planets are as tiny as 30,000. Come on, we have villages in my country which are bigger than that! There are whole planets run by mafias.... but then, that's why it's space opera, right? And this one is quite well done.

There is good character development for the heroine and the hero, and a few of the main characters. I presume the villains will be better fleshed out in the subsequent books. As of now, they are just creepy evil bad guys. This book is for the female gaze, and the romance is overly signalled to start with, but once you get used to the idea, it's quite fun, because the characters are solidly done.

Will I read more in the series? Yup, planning to dish out good money for it.
Original opinion of JD at 21:04 No comments:

Pew-pew-pew fun from one end to the other

⭐⭐⭐ and a large planet, aka I liked it quite a bit 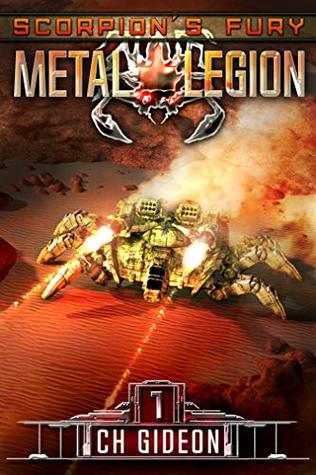 No wasting time. Our heroine leaps into battle in the prologue itself, and then continues for the rest of the book, winning a field promotion while saving the day and dissing the inept officers around. So far, fairly standard expectations. So what else is there?

Flashes of humour, believable battles (ok, willing suspension of disbelief, but at least there are no infinite ammunition supplies), almost invincible aliens, all check. Political twists and turns, yup, a few.

The characters come to life and you care about them. Hence, an 'I like it' rating. No way to give a partial star, so let me say: this sits at the top of 3 stars, with a large planet.
Original opinion of JD at 20:51 No comments: 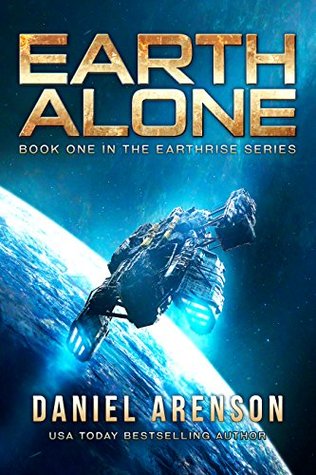 This book features mandatory drafting of all eighteen year olds, worldwide, to fight alien monsters. Most of the book is about the boot camp that our heroes go to. There is the mandatory bully, the tough sergeants, the unapproachable officers, the teen romances.

But the boot camp went on and on, and the remaining pages got less and less. This was supposed to be a military sf book featuring alien monsters. Now, there was hardly any book left, and the boot camp was still on. I wondered if these teens would ever actually fight a war or, horrors, was I expected to go to book two for that?

Well, if Arenson had done that to us, nobody would buy book two. Fortunately for sales, he did not disappoint regarding battles with the aliens. The book went into high gear, the aliens appeared. And there was still a chapter left to wrap up the whole thing  in case you decided to stop at book one. However, such authorial kindness should be rewarded, and the rest of the series beckons more appealingly as a result.
Original opinion of JD at 15:18 No comments: