Some days, you just need a good zombie story to curl up with. The first zombie story I remember as being satisfying was Larry Niven's Night on Mispec Moor. I think that was the first zombie story which was based on a natural cause for zombies. Prior to that, mysterious spells and juices caused zombiehood. In Mispec Moor, it was a pathogen which walked the dead, yes yes, impossible I know, and... ok, no spoilers. I still love the very clear development of the story and don't want to spoil it for those who have not yet read this one. 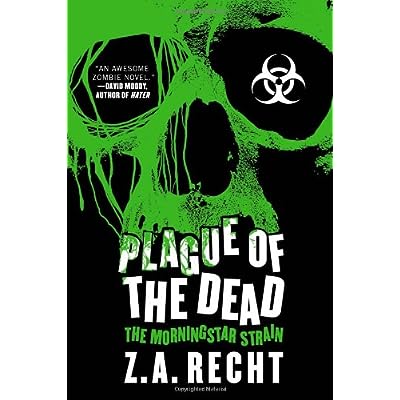 So, coming to Plague of the Dead, we again have a pathogen, here, a virus, which causes people to become zombies. Biting healthy people to spread it, and needing a shot to the head to kill the zombies.

The zombie virus is called the Morningstar strain, and we first encounter it in ... emails from a US Army doctor. We next see it in action in Africa. Pretty soon, the entire continent is abandoned to the disease and quarantined off. Too bad for the people there. I assume market research does not show many readers of US zombie books on the continent, so they can all be fictionally knocked off conveniently.

Anyway, as you would expect, the virus escapes. But before that, you get army guys doing their thing, doctors and journos doing their thing, and the zombies doing their, ugh, thing. A complication ensues when the Army doc leaks the truth about there really being zombies to the press. She and the journo are arrested by a secret agency and tortured as traitors. In the meantime, the virus gets loose in the USA.

You've seen zombies in many movies and TV serials, most of them caused by viruses. This book builds on the very same memes. A fast read, but not conclusive. It's written as book one of a series, and it's clear this is not a completed story yet. Since I haven't read the next book, it's not really a spoiler to guess that it will turn out to have been a manufactured virus.

The only thing that all the virus-zombie stories ignore is that, once dead, the body cannot be reanimated that easily, though biting people to spread it would make perfect sense for the pathogen. Don't think it doesn't happen--pathogens do change the behaviour of the host to make it do stupidly fatal things to get itself to spread faster. But a zombie virus would have to run a brain to run the body, which is much too complex for a virus to run. Most humans cannot manage it despite all the right DNA and practice. Unless the virus is intelligent. Hah. I'm not going down that equally dopey slope unless I decide to write a zombie book myself.

Still, as I said, once in a while you want to read a zombie book, for which this is plenty good enough. 3 and a half stars. If the next book falls into my lap, I will certainly read it, but I'm not going to stand in lines to get it. 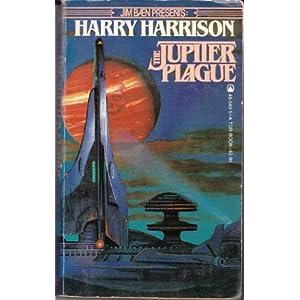 For an intelligent pathogen, try Harry Harrison's The Jupiter Plague. Surprise ending, there. There's also another book I remember reading about an engineered virus that cycled through different forms based on an algorithm (I bet both mathematicians and biologists who read it died laughing though it's good enough for us laypeople), but alas, I forget both the name of the book and the author.