A hero vs a not-purely-terrorising terrorist

So, the blurb on the back of the book says: 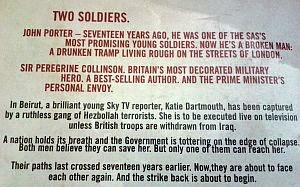 What would you normally make of this? That Sir Peregrine is definitely a bad guy of some sort, and John Porter is going to get a life back?

Dynamite! How clever of you! 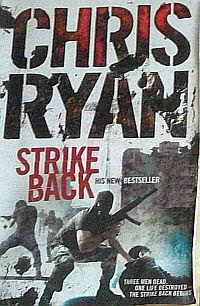 John Porter's first live mission in Beirut ended with the hostage rescued, but his three buddies dead. All because he didn't kill a young Arab with a cleft palate. Now, the self-same Arab has kidnapped a media star. John is the only one who can get her, because the Arabs acknowledge debts.

A nice adventure story for insular Englishmen. Not quite so much for, say, an Arab, even though the villains and heroes are all mostly English. It's that objectification thingie.

Nice enough yarn if you suspend disbelief. Fast paced and frothy.
Original opinion of JD at 19:16