This was the slowest of the six books I read this past month. Though really, should not have been. It's a war story, with SEALs. 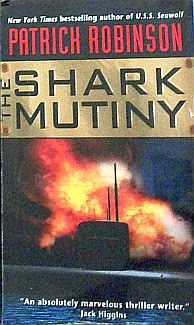 It's a book about the US Navy. Dan Headley and Rick Hunter are childhood friends who join the Navy. Cut to the present day. Admiral Arnold Morgan is the cynical NSA to a President he holds in contempt. (There seems to have been another book before this one, but it's fairly standalone, though it seems the Chinese were villains in that one as well). A young lieutenant finds satellite and other intelligence to indicate that the Chinese are up to no good, along with the Iranians.

Sure enough, they have mined the Strait of Hormuz, and blow up a set of tankers. This sends the world oil markets into a tizzy. While nobody claims responsibility, Admiral Morgan is bent on teaching the pesky Chinamen a lesson. This the SEAL team does. The Chinese in the meantime do more cunning things and need to be taught more lessons. It's very much a world in which the USA calls all the shots and diplomacy and other countries are not relevant. It's a world with war, so that's not surprising. It's also written by an American, for American readers.

Morgan is almost a caricature, with quirky speech and mannerisms. One would expect less use of such literary crutches, and in the other characters, they are not used. Dan Headley, the XO of the nuclear submarine Shark is to insert the SEAL team for the retributive attacks. His Captain is a strange guy, on his last tour. Rick Hunter leads the second SEAL team. The first tour has issues which show that the Captain is not exactly operating with a full deck.

Hence, the mutiny. Actually, it happens in the last 100 pages of the book, almost as an anti-climax. Except that the point is to show how a modern navy would handle a mutiny, even a 'justified' one like we have. That raises the book from the level of mere thriller.

Not the best writing, but a solid story, and a tremendous love for the navy which shines through every episode.
Original opinion of JD at 19:43